An Introduction from Jeff Rozelle, Director, Teaching Fellows Program
So far, our blog has been written entirely by KSTF staff. We’ve discussed how we view our work in supporting the development of backbone teachers, how practitioner inquiry contributes to that development, and the ways in which—ultimately—we’re after a system in which teachers act as agents of educational change.
As Nicole Gillespie, KSTF Executive Director, described in this post, any vision of backbone teachers must include first the development of outstanding teachers who keep student learning at the center of their work. To that end, we’ve asked Zachary Herrmann, KSTF Senior Fellow, to write about one of the ways he accomplishes that in his own work. Over the next few months, we’ll feature posts from other Fellows that can help us flesh out (pun intended?) the ways that teachers can serve as backbone teachers in their local contexts.

“I wonder how long until all the gumballs are gone…” That is what one of my track athletes mused when we entered a restaurant while traveling to a state meet. What an interesting and exciting question! I immediately texted some of my math teacher friends a picture of the gumball machine and quickly received responses that matched my own excitement. There’s so many fascinating and important questions in this world—questions that can be explored through mathematics. Seeing math as a tool to understand, predict, and even answer questions in our world is something most math teachers try to get their students to do. However, the power of math becomes dramatically more exciting when students are exploring their own questions. Unfortunately, a student asking a complex, interesting, and non-routine question that can be explored with math is rare enough to warrant me sending an excited text message celebrating the occasion. Why aren’t such questions more commonplace?

I’ve encountered many students who are incredibly curious in some areas of their lives, but not in others. This has lead me to believe that curiosity is not some innate personality trait. Rather, curiosity is something that can be developed based on the characteristics of a student’s environment. The difficult but necessary question to ask is “Am I, the teacher, part of the problem? What I am doing that might squash student curiosity?” This blog outlines three teacher behaviors—that I sometimes do in my own practice—that squash student curiosity, and three alternative approaches that I believe can lead to enhanced student curiosity.

1. Answer Every Question a Student Asks. True curiosity has resilience. Curiosity goes beyond a mere appetite for quickly resolved questions. Students may have many questions which might make them inquisitive, but truly curious students are willing to stick with those questions for a while. When a teacher immediately responds to a student question, it robs the student of the opportunity to “sit” with the question for more than a few fleeting moments.

2. Teach Day to Day. The constraints of the traditional school structure incentivize teachers to teach one topic or concept a day. While this makes planning and instruction more focused, efficient, and less messy, it fails to emphasize the connections between ideas and the opportunities to explore extensions. When you “chunk” content into day-size bites, you move on to the next concept before giving yourself an opportunity to fully explore the last. Surface coverage of material where new concepts are individually stacked on each other over the course of a unit does not provide an environment wherein students are likely to explore ideas more deeply, particularly if they are merely expected to keep up with the never-ending barrage of new ideas.

3. Know All the Answers to the Questions You Ask Students. A cynic could characterize school as a silly game wherein teachers ask students questions to which they already know the answer. Consequently, the environment of the classroom is one where the focus is figuring out what is already in the teacher’s head, not one of true exploration of new ideas and concepts. When a student knows that someone already knows the answer, they are less likely to be creative, think on their own, or persevere in finding an innovative solution, because there is no real urgency for one. The game simply becomes one of “guess and check” with the teacher.

1. Redirect Student Questions. Many students have grown accustomed to not having to think about a question for more than 20 seconds on their own. If it’s a factual question, they can do a quick Google search and get their answer. If it’s a conceptual question, they can ask their teacher for an explanation; after all, that is what they have been encouraged to do throughout their entire career as a student. However, this immediate resolution of posed questions never gives students the opportunity to sit with an interesting and perplexing idea for more than a few moments. Inquisitive students can be turned into curious students when teachers help them build their ability to stick with a question and pursue it over an extended period of time.

Let’s consider an example where a student asks, “Does the Pythagorean theorem only work with right triangles?” A well-intentioned teacher might be tempted to immediately jump on the opportunity to clear up a possible misconception and reply with a quick, “Yes, it only works with right triangles.” However, this quick response does little to build a student’s ability to explore and answer similar questions for him or herself in the future. Instead of directly answering the question, a teacher might ask, “How might you be able to figure this out?” Or, “How do you think the way we proved the Pythagorean theorem will impact the answer to that question?” From my experience, questions like these typically result in more thinking, more questioning, and more work on the student’s behalf—precisely the behaviors of a curious student. Once a student reaches the conclusion that the Pythagorean theorem only works with right triangles, the teacher has the opportunity to prime student curiosity further by asking, “Do you think there’s a theorem that would work for ALL triangles? Not just right triangles? What makes you think that?” Eventually, when the student learns the Law of Cosines, the experience will be much more fulfilling, because it will answer a question with which the student has sat for an extended period of time.

2. Teach Thematically. I often describe my style of teaching as “telling a story.” A good story has drama, key plot points, foreshadowing, intrigue, questions, a climax, and a resolution. Good stories captivate and engage the audience. The audience must have a stake in the outcome of the story—they should be curious about what’s going to happen next. No captivating story leaves its audience fully satisfied at every point along the journey; rather, the audience is constantly questioning and wanting more. In short, good stories stimulate curiosity for its readers.

In the build up to proving the Pythagorean theorem in my geometry class, I mentioned the fact that we were embarking on a journey that would eventually lead us to being able to prove the Pythagorean theorem. While all of my students had been “taught” the Pythagorean theorem several years before, none of them knew how to prove it. Every day, for several days leading up to our proof, I talked about how every student now possessed the mathematical tools necessary to prove the Pythagorean theorem. I encouraged them to think about it, explore their notes, and try to prove it before we would do it together as a class at the end of the week. Creating this dramatic hype made the entire week more exciting, and the eventual proof of the theorem more fulfilling. More students were asking questions, posing ideas, and thinking about math outside of class. There was a story arc to the work we were doing, and there was meaning behind it. There was a story that they cared about, and they were curious about the outcome.

3. Give Students Questions to Which Even You Don’t Know the Answer. Asking a question to which you do not know the answer does several things to help promote student curiosity. Many students believe that math is a closed field that mainly consists of doing pre-determined problems to which someone already knows the answer. Virtually every problem they have been given for their entire academic career has the answer in the back of the book or readily accessible in the teacher’s head. This reflects a rather bleak and boring conception of math, appealing to only a few select individuals. However, there is a palpable excitement in the air when the entire class is tackling a problem to which no one knows the answer—even the teacher. Suddenly, the work becomes “real” rather than contrived. Students wake up to the possibility that they can create new knowledge rather than merely replicate someone else’s solution. This is the type of work that stimulates curiosity in students! Questions to which no one knows the answer need not be famously unsolved theorems or overly complex, higher-level mathematics questions. Rather, asking open ended questions, such as “How many steps does the average student take in one day?” can do the trick. For such a question, the real experts are the students themselves—not the teacher. Such an open-ended question can completely change the intellectual authority in the room and foster within students a greater sense of ownership over their learning process. Students are now responsible for developing a solution, rather than just coming up with something from the back of the book.

A great example of giving students a question to which I did not know the answer occurred in my trigonometry and analysis class. I created a fairly elaborate context of a small town that was susceptible to a certain disease. There were two different tests for this disease, each with a different cost and reliability. There were also two different treatments, each with a different cost and effectiveness. Students were given a budget and had to develop a public health strategy to determine the best way to test, identify, and treat the population. Students had to calculate the expected value for the number of correctly and incorrectly identified, treated, saved, and lost individuals. Students had to make explicit their mathematical and ethical assumptions, and had to present their strategy to the class, along with the figures for how much their plan would cost.  Although I personally played around with the numbers in the situation to make sure no “ideal” or “trivial” situation was possible, I did not develop my own strategy for the problem before giving it to my students, and I was clear about that fact when I assigned them the task. What happened next was astounding. Students developed impressively creative and innovative solutions, challenged each other’s approaches, and expressed true stakes in the process. They knew they couldn’t check in with me to see if they were “on the right track,” which meant that they were responsible for themselves. The mathematical thinking, exploring, and collaborating done throughout the course of that project was some of the best work they did all year.

So, what do you think? How long until all the gumballs are gone? Reply with your answer, and any other thoughts you have about promoting student curiosity. 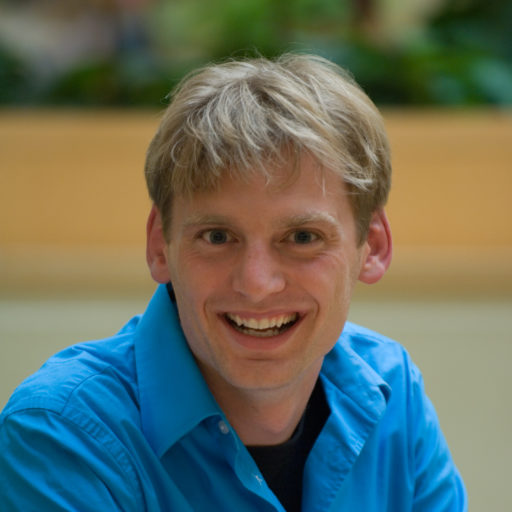